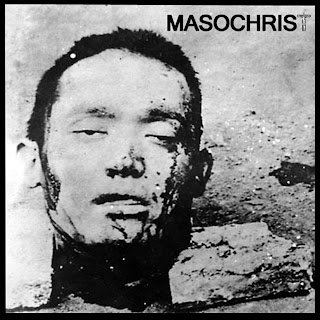 Female fronted powerviolence from Pittsburgh, Pennsylvania. I picked this 7" up after i had the chance to meet Emily, who did vocals for the band, about a year ago. She was working at a record/cd store in Pittsburgh that i happened to stop into with a friend of mine. We talked about what bands that we both were into and what was cool to do in Pittsburgh. She told me that she use to be in a PV band called Masochrist, so i ended up looking them up, enjoying it, and buying the EP from Give Praise about 2 weeks later. Emily is cool, so was her band. They broke up, but you can still find the 7" from different distros and shit. Id say go for it. Very scrappy recordings, but so raw, and sooo pissed.
-Jared Johnson
Posted by Jared. at 8:26 PM