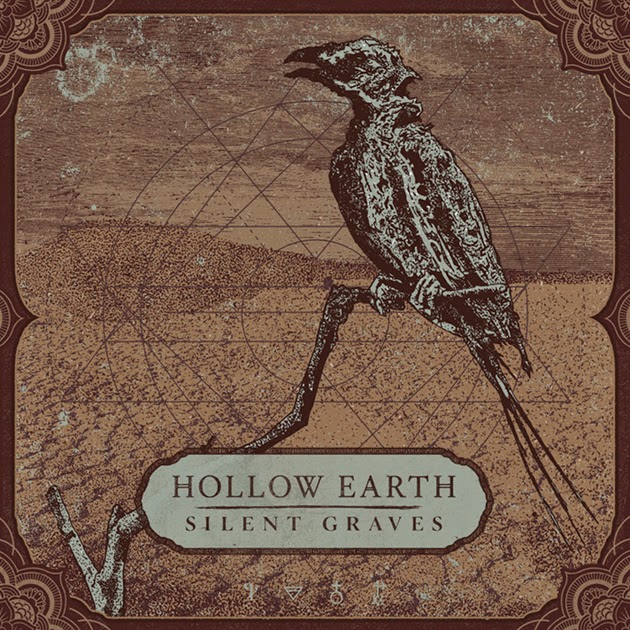 On tour last year we played in Toledo, Ohio with a band called Hollow Earth. The entire day rumors were flying of  staying the night with a man named Mike. Everyone on the tour seemed to have some sort of innate knowledge of who this man was. He seemed to me to be a celebrity of sorts, different stories of him were circling around the group the entire day leading up to our eventual meeting. We drove a few hours out of the way to Detroit just to spend the night in the presence of this guy. When I finally met Mike I was blown away. He seemed to be the most interesting and funny person I had ever met. He was a great conversationalist and on top of all this, his sincere and disarming demeanor helped make a stranger like me feel welcome in his home. Meeting someone like Mike raised the bar for me to what you could accomplish and bring to the table in interpersonal relationships. Over the next year we got to go on a tour with his band Hollow Earth.
Turns out his entire band is full of extremely interesting and engaging folks. The whole tour consisted of grand antics, great games/conversations, and pre-show parking lot sports.  After getting to spend all this time with Mike and Hollow Earth I can say not only  are they great musicians but they are of the highest caliber of human beings and have influenced me and transformed my ways of communicating and relating to others greatly. Here is my interview with Mike about Hollow Earth's wonderful new album: Silent Graves.

1. Hollow Earth's new record: "Silent Graves" recently came out on Panic Records. What's the story behind your involvement with them?

The story is basically that we were in MA recording We Are Not Humanity with Jay Maas, and as soon as it was done, we couldn't wait to post a couple songs and have people hear what we had been working on for the months leading up. 40 minutes later we got an email from Timm asking to hear the record. Someone I'm friends in the Northwest hit him up and was like "yo check this shit out". We sent him the whole EP and he loved it. The rest is history. Timm is our boy and has been nothing but incredible to us. He took a chance on some band no one knew because he liked the music, and that means the world to me. I'm glad I got to know Timm, seeing how he's one of my favorite people, even though he'd argue that he's my favorite.

2. What jobs do you do in the band? (instruments, lyrics, art, business, tour routing, driving, etc?)
I'm the primary songwriter. A lot of the foundations of the songs come from my shitty brain, and I bring those ideas to practice and let everybody riff them out how they feel is best. A band is more than one person, and I learned the hard way how much it sucks to not be part of a band but just to be someone who plays the songs. Other than that, we all share responsibilities with loading, driving, and doing what needs to get done.
3. Where do you write for the band? (in your room, at band practice, in the park, in your head while driving? etc.)
I write a lot when I'm at home fucking around on my guitar. We all bring stuff to practice when we have it and try to make it work within a song.
4. Will you show anyone in your family "Silent Graves" and what will they think?
I've already shown my mom. She said "I like the music but not so much all the screaming."  Maybe one day I'll write music my parents will want to listen to.

5. Can you give us an outline about how hollow earth was formed and your time in Shai Hulud and your spontaneous move from FL to MI.
It starts when Steve got involved with Shai Hulud and met in January of 2010. We were immediate friends and over the course of the next year of touring, he became of of my best friends. Fast forward to October of 2011 when I was in Europe, skyping with Steve just to catch up. He tells me he bought a van and our friend had moved from NY out to MI to play drums and they wanted me to come play guitar. I had riffs that I sent them and they loved them. I came home from that tour and was home for an hour before I started my drive to Michigan. I've been in Michigan since November of 2011, and we're still kicking.

6. I know members of hollow earth are vegan and that this lifestyle influences a lot of the lyrics. Can you talk about these lyrics, and what other topics are covered on Silent Graves?

The only lyrics that it really affects as the lyrics in the song World To Come. Steve and I wanted to get a little ignorant and write a vegan song, but didn't want to be ignorant about it. We kept trying to think of a cool way to present the topic, and it didn't come until we were in the studio recording the album.
We wrote the song from an animal's perspective, it's last day alive in a slaughterhouse. We wanted to capture the helplessness and complete rage a creature feels towards its murderer the moments leading up to its death. I think we nailed it.

7. If Hollow Earth broke up today what's the one thing you'd remember?
I'd remember jumping off a lot of rocks and writing music that challenged me and made me proud of my creativity.

8. If you could have it your way what would happen to Hollow Earth?
People would like our band and we could get paid enough to tour that we could sustain ourselves and stay out for longer chunks of time. 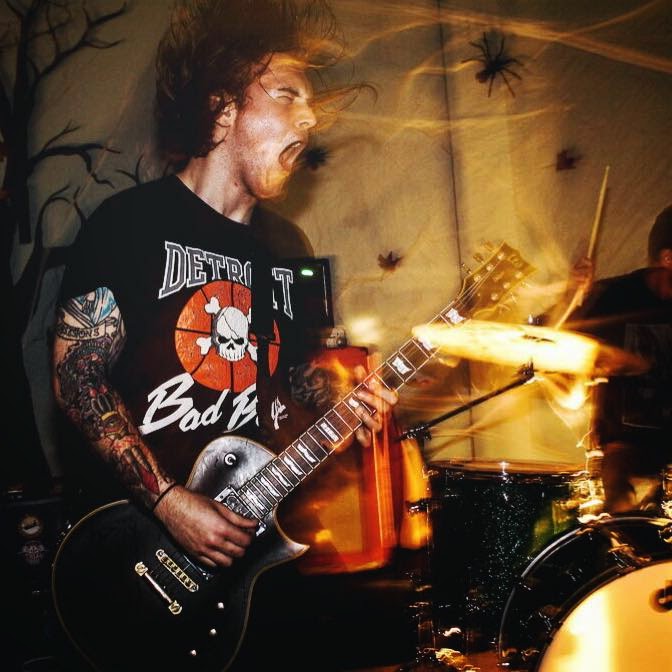 9. What factors determine whether you'll stay at home for the night or if you'll go to the show?
If I like a band that's playing, if I have the money to spend, and honestly if I even feel like being around people. Not that I'm anti-social by any means, but I spend a lot of my time around people, and sometimes it's nice to chill by yourself and be in your own world

10. What do you do outside the band? Do you date?
I nanny 2 girls as a job, play guitar, and watch movies. I don't really date as much as I like to, but I'm always willing to change that.

One time when I was 15 I flipped a lemonade stand over on a girl who couldn't have been more than 10 years old. She got soaked in her own lemonade and cried

12. Tell us a little about your personal background and your entrance into music.
I had parents that loved Classic Rock and an older brother that loved Nirvana. I was introduced to Weird Al when I was 7 and to this day, he's still my favorite musician. I got Green Day- Dookie when I was 8, and Offspring-Americana when I was 10. My first show was AFI and Thursday when I was 12. I lied and told my parents I had to work on a project at a friends house to be able to go.

13. You are one of the most sociable and fun to talk to guys I've ever met. Do you think this attractive temperament was somewhat formed as a result of your non-stop touring since age seventeen? How has being a relatable and personable guy influenced your life as a musician?

I honestly think my outgoing and personable nature is a result of moving 14 times before I finished high school. Being young and having to start over so many times, you either turn inward and become introverted or do the opposite and choose to be obnoxious and make friends. I chose the latter.

14. You meet a lot of people on a regular basis, and many people seem to have memories with you. Do you remember everyone you meet? Is there enough room in your heart for all the friendships and relationships you form on a regular basis?
I think there's enough room in my heart for as many friendships as I can take on. Does my brain keep up with the madness? Not always.  I do my best to remember those who have impacted my life, but it doesn't always work.

15. Do you plan on keeping on keeping on with music and touring for the forseeable future or do you have an alternative plan in mind?

My plan is to keep writing and performing music as long as I can. My backup plan is eating myself to death.

16. Let's say divine intervention prevented you from doing music, what would you do with your life if you couldn't do music?
I honestly have no idea. Talk to people. I'm good at that.
Posted by RottenYoungEarth at 12:49 PM