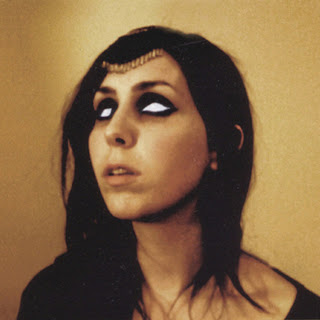 If you were to label Chelsea Wolfe in a broad sense, you would probably say that she falls under the genre of Folk. However that would not be doing her justice. She derives quite a bit of influences from Black & Doom-Metal and even has a Burzum cover floating around the internet. The instrumentals on Ἀποκάλυψις, as well as Chelsea's voice alternate from being ambient and haunting, to raspy and intense throughout the track-list. The tracks themselves are layered with alternating ambiance, adding an ominous and darkly atmospheric feeling to Chelsea's wailed minor tonalities.
-Tucker Ross

Posted by RottenYoungEarth at 12:30 AM